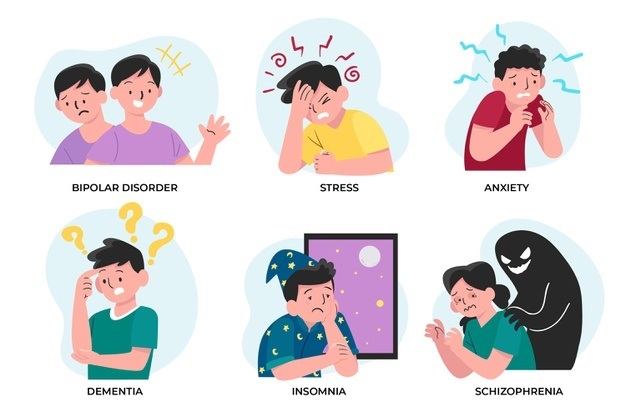 Now, when it comes to mental health of men is a prime concern as men’s mental health issues are not discussed openly, which means that rarely do men come forward to seek help for mental health.

Generally, men try to hide their depression with addiction mainly alcohol. In fact, according to the National Mental Health Survey 2015-16, the prevalence of alcohol use disorders in males was 9% as against 0.5% in females.

According to a World Health Organization (WHO)Trusted Source report from 2018 – the number of men dying due suicide is three times greater than the number of women dying of suicide in high income countries.

In their 2018 report, the WHO emphasized that cultural stigma surrounding mental health is one of the chief obstacles to people admitting that they are struggling and seeking help. And this stigmatization is particularly high in men.

Described as a longstanding problem, men are brought up with a belief that it is macho to not cry, not speak of a problem since it is considered a sign of weakness to express themselves – especially if it is perceived as a failure to overcome the problem faced.

These beliefs are seen as a hurdle for men to ask for help when mental health issues or signs crop up. Some pointers that can assist men in feeling comfortable to ask for Mental health help, without any stigma attached.

Mental health conditions, such as depression, or a building sense of frustration, injustice, and anxiety can make some people feel low more easily than others. There is no identifiable reason why one person may feel less distressed than another when facing the same stressor.

Some Warning signs that men should look out for:

Noticing themselves being more aggressive, angry or irritable than usual, a persistent change in mood or energy levels, extended periods of change in sleeping habits and appetite, being continuously edgy, feeling sad all the time, having aches and pains without any logical reason, contemplating suicide.

People in the environment of a male who is speaking aloud of suicide and self harm regularly – should see it as a cause to worry.
Treating these issues in the early stages can often prevent the symptoms from becoming more severe and lower the risk of further problems.
In recent times,we have seen famous Indian actors who have suffered depression,not taken timely help and sadly,then committed suicide.

Seeking and continuing timely help from Psychologist/Psychiatrist can have a significant positive impact on the lives of men who experience mental health difficulties. It can ease the symptoms, improve quality of life, and reduce the risk of suicide.

Organisations who offer support to employees experiencing mental health challenges in different ways – however by just being inclusive of mental health conditions would go a long way in having sensitive men seek support. This men’s day, let’s ensure that we encourage any men around us who may be undergoing stress to seek help.

Finally, just as women being open about their issues helps them lead more fulfilled, happy lives – so also if men are open, speak up about their concerns, nurture their sensitive sides will lead to them having an improved quality of life.

Find a mental health clinic near you.