How sensitive is the mind during menstruation time? How does it affect the mental health of menstruators? 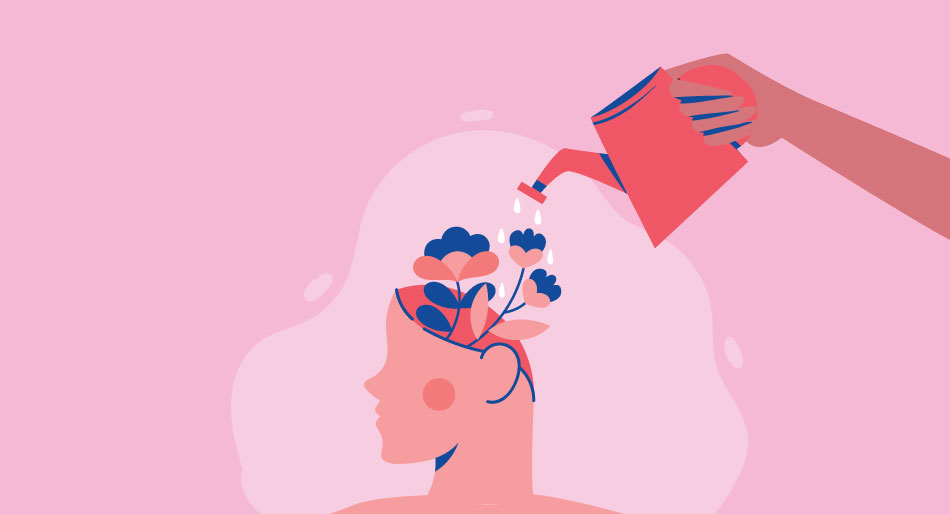 How sensitive is the mind during menstruation time? How does it affect the mental health of menstruators?

When it comes to menstruation, there is still a significant taboo around talking about it. Menstruation is considered to be impure and dirty in some cultural contexts. This develops a hush-hush attitude around it, which should definitely not be the case. It is a bodily function like any other, which plays a vital role in reproduction. Such a stigmatized aura around menstruation keeps young menstruators away from real, concrete information about what is happening with them. It is either taboo or sacred or invalidated. Where’s the real picture?

Mood changes related to menstruation have been a matter of ridicule or blame, rather than an actual acknowledgment of the issues. A menstruator’s body undergoes changes during the entire cycle which lead to outward changes in the person.

Biologically speaking, a menstrual cycle consists of 4 phases: menstrual, follicular, ovulation and luteal phases. A ‘period’ is just the first phase of the cycle. A complete menstrual cycle begins on the first day of the period and ends at the beginning of the next period, lasting anywhere from 28 days to 34 days. After the egg (ovum) is released from the ovaries, if fertilization does not happen, the lining, consisting of blood, mucous and tissue slowly sheds through the vagina during what is known as a ‘period’. During these, the menstruator may experience cramps, tenderness, bloating, fatigue, lower back pain, but they may also experience discomfort at other phases in the cycle.

Premenstrual Syndrome: Around two weeks before the period till two days prior to its start, ovulation happens, wherein the ovum is released. Most symptoms of pre-menstrual syndrome (PMS) tend to occur at this point. PMS shows up differently in different people. It can be irritability, low moods, increased sensitivity and crying on the emotional end and bloating, fatigue, acne, back aches, tenderness in breasts, nausea, constipation, insomnia and discharge on the physical end. PMS can lead to sensitivity to criticism from others, a tendency to be self-critical, feel on-edge about everything, feeling guilty or confused. Being oversensitive, those situations that would have been otherwise mild, tend to garner a bigger reaction. If someone commenting on one’s appearance is otherwise warded off, during PMS the menstruator may tend to think over the comment, which may lead to a cycle of negative self-talk resulting in further low mood and a poor perception of their own body. It may also so happen that the individual is apathetic and experiences emotions in less intensity than usual.

Hormonal changes: Most studies link these mood symptoms to changes in hormonal levels. The levels of estrogen andprogesteronee in a menstruator’s body change with the menstrual cycle. It is highest two weeks prior to the period and then suddenly drops before slowly increasing again. Mood swings in PMS could be attributed to this rise and fall. These are associated with neurotransmitters serotonin and dopamine. Lower levels of serotonin could lead to low moods, irritability and cravings for carbs.

PMDD: PMS presents differently in each person. Whether to seek help for it is a matter of individual experience and the level of distress it may be causing. If the symptoms cause impairment in personal lives, family, relationships, work and school, one might need to seek professional help to manage the same. A more severe form of PMS is Premenstrual Disorder (PMDD), which is characterized by depression, sometimes suicidal ideation and panic attacks in addition to the symptoms of PMS. The intensity of these symptoms, however, may be much higher than usual.

Interference: Such emotional manifestations could easily hamper the individual’s interaction with loved ones, which then becomes characterized by snapping and more arguments. This leads to further distress for the menstruator because it pushes them down another spiral of thoughts about themselves which then leads to some existential thoughts as well. PMS triggers more episodes of crying and irritability. So, one tends to snap at those around them more often and for otherwise mild reasons. Low motivation and a sense of hopelessness may be triggered which may affect daily activities or work for that time period as well. The menstrual cycle is very sensitive to lifestyle changes, sleep patterns, exercise, food intake, alcohol consumption, injury and travel. All of these affect the cycle in varied ways. Psychiatric medications can also impact the menstrual cycle.

Menstrual Phase: During the menstrual phase, in the ‘period’, menstruators may experience several uncomfortable sensations, ranging from mild discomfort, lower back pain, fatigue and bloating to severe pain, heavy flow and cramps. These may sometimes hinder the individual’s day-to-day activities. Some may be unable to go in to work or school and may experience pain that doesn’t allow them to routinely function.

The impact of menstruation on mental health brings to light how the hormones are critical in connecting the brain and body and how they influence moods and in turn thoughts. Understanding the patterns of these changes on our minds and bodies can help one understand their issue and learn about our minds, encouraging us to take care of ourselves in different, helpful ways. If these symptoms are difficult to manage and are causing severe distress in one’s daily life, it is recommended that they seek professional help to work on the same.

The Many Roles of a Mental Health Therapist. Find the best psychiatrist in Kolkata. https://mpowerminds.com/blog/The-Many-Roles-of-a-Mental-Health-Therapist-Find-the-best-psychiatrist-in-Kolkata

Physical symptoms of mental disorders. Find a mental health therapist near you. https://mpowerminds.com/blog/Physical-symptoms-of-mental-disorders-Find-a-mental-health-therapist-near-you