What causes a child to have speech disorders? Find the best speech therapist in Mumbai. 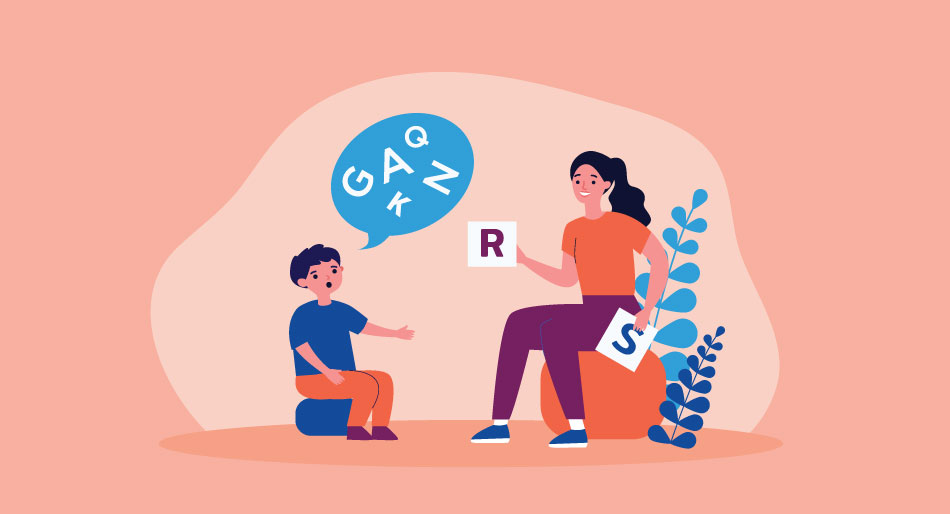 Topic: What causes a child to have speech disorders? Find the best speech therapist in Mumbai.

The act or process of using words, sounds, signs, or behaviours to convey or exchange information or to express your ideas, thoughts, feelings, etc., to someone else is known as communication. Disorders of communication include speech disorders and language disorders.
A speech disorder is described as an individual having problems creating or forming the speech sounds needed to communicate with others. This can make the child's speech hard to comprehend. A child with a speech disorder may have difficulty with speech sound production (articulation or phonological disorder), voice, resonance, or fluency (the flow of speech).
Speech is one of the primary ways through which we communicate with people around us in the environment. It develops naturally, along with other characteristics of normal growth and development. Disorders of speech are common among preschool and school-age children.

1. Articulation and/or Phonological disorder: Articulation and phonology refer to the way sounds are produced by the articulators. A child with an articulation disorder has difficulties forming speech sounds correctly. A child with a phonological disorder can articulate or produce the sounds correctly but may use them in the wrong place. These disorders are caused by the following reasons:
• Genetic abnormalities
• Emotional stress
• Any trauma to the brain or infection

A child with an articulation disorder may have difficulty articulating sounds and properly producing specific speech sounds (e.g., they may lisp, so that s sounds like th) or they may be unable to produce a specific sound (e.g., they can't produce the r sound and say 'wabbit' instead of 'rabbit').

A child with a phonological disorder can make the sounds correctly, but they may use them in the wrong position in a word or the wrong word, for example, a child may use the d sound instead of the g sound, and thus say 'doe' instead of 'go' or make errors with specific sounds in words, for example, they can say k in 'kite' but will omit k in certain words.

2. Voice disorders: Voice is the sound created by the vibration of the vocal folds in the voice box. When the vocal folds do not vibrate well enough to produce a clear sound, this is referred to as a voice disorder.
The most expected voice disorder in children is due to “phono trauma” or voice misuses such as yelling, shouting, or making loud "play" sounds, throat clearing, and excessive coughing. Voice disorders can be caused due to:
• Acid from the stomach moving upward (GERD)
• Cancer of the throat
• Cleft of lip and/or palate
• Other problems with the palate (velopharyngeal insufficiency)
• Diseases that damage the nerves supply to the muscles of the vocal cords
• Laryngeal webs or clefts (a birth defect)
• Noncancerous growths (polyps, nodules, cysts, granulomas, papillomas, or ulcers) on the vocal cords
• Overuse of the voice from screaming, constantly clearing the throat, or singing
• Hearing loss

Symptoms of voice disorders in children can be as follows:
• Hoarseness
• Breathiness
• Roughness
• Strain while talking
• Volume that is too loud or too soft
• Pitch that is too high or low for age
• Recent loss of voice

3. Resonance disorders: Resonance is defined as the way airflow for speech is shaped as it passes through the oral (mouth) and nasal (nose) cavities. A resonance disorder surfaces when there is an opening, irregular movement, or obstruction that changes the way the air flows through the system. It results from too much or too little nasal and/or oral sound energy in the speech signal. They can be caused by structural or functional (e.g., neurogenic) factors, and they can also be caused by mislearning (e.g., articulation errors that can lead to the perception of a resonance disorder). A resonance disorder is most commonly caused by a cleft palate, but children with a submucous cleft palate, childhood apraxia of speech, enlarged adenoids, and/or neurological disorders may also have one.

Signs of a resonance disorder may include:
• Too much sound coming from the nose during speech.
• Air leakage through the nose while trying to build up pressure for consonant sounds.
• Weak or omitted consonants.
• Short utterance length due to loss of air through the nose.
• Compensatory speech errors.

4. Fluency Disorders: Fluency refers to continuity, smoothness, rate, and effort in speech production during speech. A fluency disorder is an interruption in the flow of speaking where the individual repeats or has a long pause on a sound, word, or phrase. Stuttering is the most common fluency disorder seen in school children.
Causes of a Fluency disorder can be:
• Genetic abnormalities
• Neurophysiological factors
• Emotional stress
• Any trauma to the brain or infection
• Psychological trauma

It's important to note that a young child's speech can be difficult to understand by nature, and this is a normal part of their development. A child under the age of one is typically only 25% understandable to unfamiliar listeners. A child aged 2 and 3 will be 50% and 75% understandable, respectively. Most children are 90-100 percent understandable by the age of four. A family history of speech disorders, the mother's pregnancy and/or delivery complications, frequent ear infections, and sucking habits are all risk factors for the development of speech disorders. Early detection of speech disorders can help you seek appropriate interventions promptly, ensuring that your child returns to meeting their speech milestones. Many children only benefit from early intervention when they receive it.

Mental health of a child with speech issues. Find the best child therapist near you.
https://mpowerminds.com/blog/Mental-Health-of-a-Child-with-Speech-Issues-Find-the-best-child-therapist-near-you

Role of speech therapist in a child’s development.
https://mpowerminds.com/blog/Role-of-speech-therapist-in-childs-development-Mpower-Mumbai

Why early intervention in speech therapy is important?
https://mpowerminds.com/blog/Why-Early-Intervention-in-Speech-Therapy-is-Important

What is speech therapy?
https://mpowerminds.com/blog/WHAT-IS-SPEECH-THERAPY