Men & their mental health - Why are men expected to be strong? 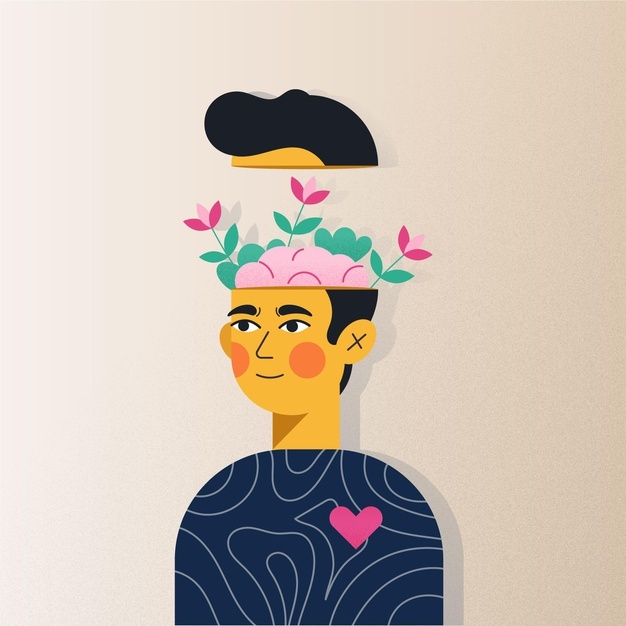 'Boys don’t cry; you are strong'
We have heard statements like these endlessly. In childhood, if a boy fell down and cried, he would be consoled by saying that they are strong and can endure pain. They don’t need to cry like a girl. Repeatedly conditioning a child with statements like these suppresses their emotional regulation. The well-known psychoanalyst Sigmund Freud states, ‘Unexpressed emotions will never die. They are buried alive and will come forth later in uglier ways’.
This means that emotions when suppressed especially by parents can have a detrimental effect on a person in the longer run.

However, in a typical patriarchal society; it is often expected out of men to hide vulnerabilities and depict a certain masculine exterior. This is often defined by toughness, physical strength and externalizing behaviours such as aggression/abuse. The term ‘macho’ very often gets misconstrued and builds a pressure to be a certain way. With some awareness and evolving times, this is however changing.

There has been a term coined for this- ‘Man Box’. This indicates that men are expected to be powerful, successful, dominating, fearless, in control, strong and most importantly emotionless. Understanding this becomes important both from a societal and an evolutionary perspective.

The evolutionary perspective talks about survival of the fittest. If one isn’t physically strong, there was a higher likelihood for them to be eaten by a predator. They needed to run fast, hide quicker, attack before being attacked. Mostly it would be the men involved in hunting and gathering. This has passed on in an evolutionary manner. However, the father of evolutionary psychology Charles Darwin himself says, ‘‘It is not the strongest of the species that survives, nor the most intelligent that survives. It is the one that is the most adaptable to change.”
Thus, as times change the one who can adapt not only physiologically, but also ideologically truly can survive.

According to the societal perspective, if one goes back to the olden times and scriptures the society was divided into various sections on the basis of hierarchies. The roles and rights of men and women were defined too. Men gradually gained the status of being the head of a household and main decision maker. This was largely dependent on their ability to provide for the family. This persists even today. Terms like ‘Man of the house’ ‘Head of the house’ are almost synonymous to men.
Even in my clinical experience, when a woman is confronted with a decision she prefers to consult her husband or a male member. This is not very common with men. As stated earlier, mental health conditions do not discriminate. However, in my mental health clinic I have observed that I do have more female clients compared to men. Does this mean that men don’t suffer from mental health conditions? The answer is no. There is however research statistics that suggest prevalence differences in gender for certain mental illness.

Nonetheless, there seems to be a higher rate of hesitancy and stigma for seeking therapy among men. They seem to contemplate and hide vulnerabilities even in the therapy room. As a practicing Clinical Psychologist in Mumbai, I often get questions like, 'Am I not strong enough that I am going through this?' 'Do a lot of men face these issues?'
Additionally, when men cry during therapy, they tend to apologize and say ‘Sorry, I got a bit weak there’. This indicates the conditioning to be so ingrained and it’s a pity state for the society we live in.

I have had clients who have been teased and bullied in childhood for having interests and mannerisms that do not fit in the typical male box. I recall a client stating that, 'I was slightly effeminate in childhood and had an inclination towards learning Kathak as a dance form. This was highly looked down upon in my family and I was the brunt of jokes. I hated going to family gatherings.'

It is extremely necessary for men to be taught from an earlier age to regulate and express emotions. Unfortunately, the suppressed emotions convert into anger and often women become the brunt of them. Rise in domestic violence leads to various mental health conditions in women which is a pressing issue. It would be far helpful if we as a society can teach men to regulate emotions better. To be able to adapt to an evolving society based on gender equality, embracing vulnerabilities and seeking professional help. Changing the narrative to boys can cry and be human.