How to prepare your children for challenges in life and create a healthy environment for them? 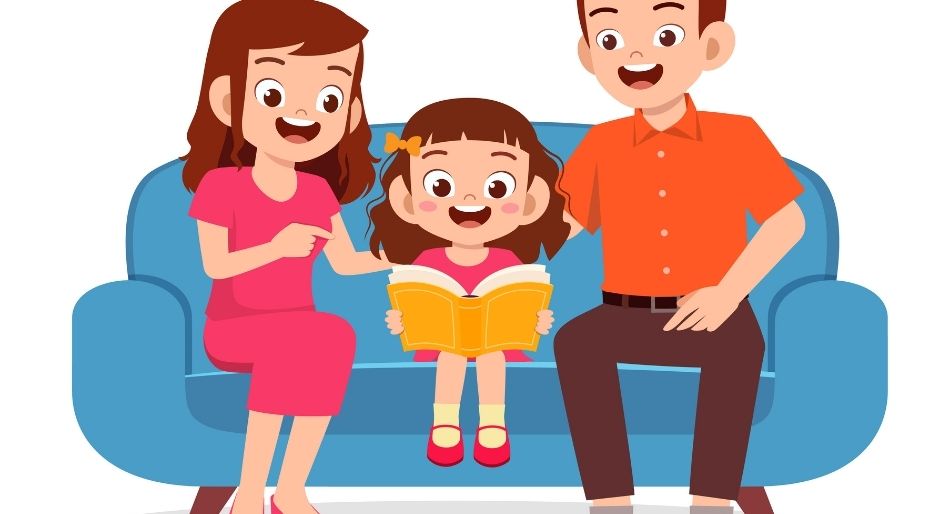 Creating a Healthy Environment for Children.

Let’s begin by acknowledging that children are complete human beings and they are aware of what they need from their environment, what they might lack sometimes, is the vocabulary to express it.

To give an instance, when a child is 12-16 months old, they can express themselves through actions, crying, laughter, and we individuals even listen to & understand the child’s needs. When they say they don’t like a certain food or don’t like a certain person, it is acknowledged and respected by the elders instead of changing it. We all grow through our experience and that’s exactly what children do too.

The first stage is called “trust v/s mistrust” and starts from birth to 18 months. In this stage, the child is born in a completely new environment which can be threatening for a baby, and hence with the help of a caregiver, they learn to trust the individual and the world. This is the stage wherein the child will demand attention, touch, care, genuine appreciation from the caregiver and also from the environment around the child to make them feel safe, secure, and trusted. But if the child experiences mistrust, i.e. if there is some negative event taking place between the primary caregiver and the child or the child and the environment then it will lead to mistrust. The child will move onto another stage with the experiences they have received and behave accordingly.

The next stage is called “Autonomy v/s Shame/doubt”. Its duration is 18 months to 3 years when toddlers learn to exercise independence- this happens from the space of autonomy, trying to create their individuality. It is enhanced when the caregiver/elders around the child are also supporting the child to explore eventually. Shame, on the other hand, will come when they would doubt their abilities to do things by themselves, and this usually happens when there is obstruction from the caregivers/elders around the child which could kill their enthusiasm, in the name of concern.
Parents can try and acknowledge their child's needs. If a child is willing to help in small areas, parents can give the child very small tasks, this will help them feel capable and accepted. According to the child’s experiences in this stage, they will move on to another stage.

“Initiative v/s Guilt” takes place at the age of 3-5 when toddlers start their preschooling. Their curious mind is exploring and learning about themselves and others through social interactions in the school environment. Children learn to take initiative by making friends, starting a game, or just inviting someone to sit with them. They develop a sense of purpose during this stage. They would start acting like elders in the family, or a person they saw on TV which gives them a sense of what the adult world would look like to them.
So in this case, if a child is being defiant or shy that’s because they are seeing it happen around them. They would ask “why” questions as they explore and when caregivers are supportive and help the child explore within limits, these children form a strong sense of responsibility and would know what’s socially approved. On the other hand, if the child is around an over-controlling and strict caregiver who would stop them from exploring, would develop guilt which will bleed in all areas of their life.

If the child is successfully developed in this stage, they would be more creative, cultivate new ideas, and would be able to trust themselves and others well.

When a child starts going to school, they are in the stage called “Industry v/s Inferiority” from age 5-13. Industry- the child wants to help, be involved, and feel competent around elders. Inferiority- a child feels unvalued when their involvement is not taken into account making them compare themselves with others.
The child can be taught to love oneself by showing love to them, unconditionally accepting the child, also teaching them individuality.
Parents can show trust in the child by involving themselves only when needed and observing the child from a distance. They need to be assertive and not strict.

When the child is in their teens (adolescent age) they are in the stage of “Identity v/s Role confusion”- age 13-21. They go through a lot of changes during this stage- physical, psychological, and emotional which can be confusing that be internalized. They are exploring their identity by asking questions like “Who am I?”, “What’s my role in this?”, “Am I even seen or important?”. These are very normal questions that every teenager asks themselves and their peers.
This is also a very prominent age when there can be too many clinical changes in a person like- extreme mood swings, hostile behaviour, drastic change in personality, or major issues with sleep and appetite, that need professional attention from a mental health practitioner.

At this age, the child would want an equal amount of attention from the parents as they received as a child. They think that they are treated like children but are expected to behave like adults.

Parents can try to be more compassionate with their teens and mindful that they are also understanding their sense of identity and need help in this instead of more pressure.

As seen through Erik Erikson’s stages, there are two aspects one positive and the other negative which depends on the child's experience which we as adults can help in making it better by being supportive, kind, and compassionate while providing them a good listening space and positive regard.