What are the signs of suicidal tendencies among senior citizens? 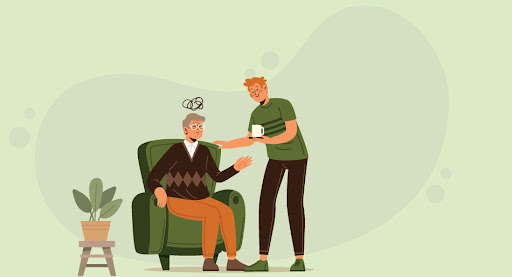 As the world celebrates ‘International Day for the Elderly on 1st October to spread awareness regarding the contributions of geriatric people and their importance in society, let us take this opportunity to shed some light on the psychological health of senior citizens . According to the WHO census, in India, 8.6 % of the population constitutes Older People in which almost 17 million older adults are suffering from mental health concerns. Suicide is one such major and rising concern in this age group. According to research, the suicide rates in older adults are much higher due to the methods used by them, the grief of losing someone, their low chances of being discovered/ rescued by anyone, and their deteriorating health may lead to a low recovery rate. There are several risk factors that may lead to suicidal behavior such as Psychological disorders, low financial conditions, deteriorating physical health conditions , and functional impairment or mobility issues. It is important to understand these risk factors and identify the signs of suicidal tendencies in the geriatric population for preventing the same. Here you can always have a consultation with the best mental health care service near you in Mumbai.

The geriatric age group is prone to suffering from chronic conditions such as arthritis, high BP, diabetes, thyroid, constant muscular pain, and difficulties in body movements. As people age, they often physically slow down, lose any of their senses- vision, and hearing, and may become dependent on medical treatments and family members/ caregivers to survive, often in severe cases they might be completely bedridden

As we know, “Human being is a social creature”. Be it any age group we all require a social connection with other people. People belonging to the geriatric age group often may outlive their loved ones which leads to experiencing grief and bereavement. Apart from this research shows that there are almost 5.7% of older adults live alone often without any financial or emotional support from their family or friends, which causes a higher risk for their survival. These individuals become socially isolated which increases their vulnerability. While dealing with these issues the individuals may also have difficulty with their transition to old age and fear of losing their own life. This may cause them to suffer from mental health concerns such as depression, anxiety, etc.

Old age may bring deterioration in cognitive abilities causing Memory loss, affecting decision-making/problem-solving skills, poor judgment, becoming more impulsive, might lose of their train of thought while conversing, or repetitively remembering their past may confuse it with their presence. There are high chances of suffering from stroke, Alzheimer’s, Parkinson’s, dementia, etc. Having any of such progressing conditions may lead them to be a danger for themselves as they may not be able to take care of themselves, take medicine dosage as prescribed, and may put their life at risk often.

The elderly population may feel at loss for a purpose in their lives. They may feel as if they are not needed by anyone around them and are a burden to their family. Older adults post-retirement or after having their family settled may feel powerless, helpless, or hopeless i.e at the loss of having anything to look forwards to, they may feel lost due to being dependent on others for their needs, apart from this people belonging to low socio-economic background or having low literacy are also at risk of depression or other psychological concerns. There might also be a history of substance abuse which may increase the risk of suicide. The individual may have crying spells, ruminate about their past, may become hyper-sensitive to minute things, there may be appetite changes or insomnia that they may experience This may lead them to have thoughts of death and getting free from their existence.

Recognizing the Signs of Suicidal Tendencies-

a. It is said that the methods which the geriatric population opts for are often carefully planned as well as lethal which may cause death. One such method come under the term known as ‘Silent Suicide’. It is when an individual has the intention to harm themselves by non-violent methods. This may be seen in cases where these individuals starve themselves, are noncompliant with medical treatment, overdose on medications, are dehydrated, face accidents, etc. These may often seem to the elderly as rational decisions and may also go undiagnosed as caregivers might not reach out to seek mental health treatment for the elderly.

b. Another sign can be the changes in their routine such as not maintaining self-grooming like taking a bath, wearing clean clothes, sleeping for longer periods of time or sleeplessness, self-caring taking a backseat, sudden delay in daily tasks without any physical condition.

c. Losing dear ones, children moving away to a new city or country, and adjusting to a new place may take a toll on their health as they may find it difficult to cope with such situations and may also not be able to talk about it to others.

d. They may set things in order such as making their will, saying goodbyes to loved ones, talking about their life being miserable, and unfair to them, and how they want to free themselves from everything.

e. Preoccupation with death. They might discuss death with people around them, they may negatively talk about their own lives and their problems. They may lose interest in activities that they previously enjoyed doing.

How can you help?