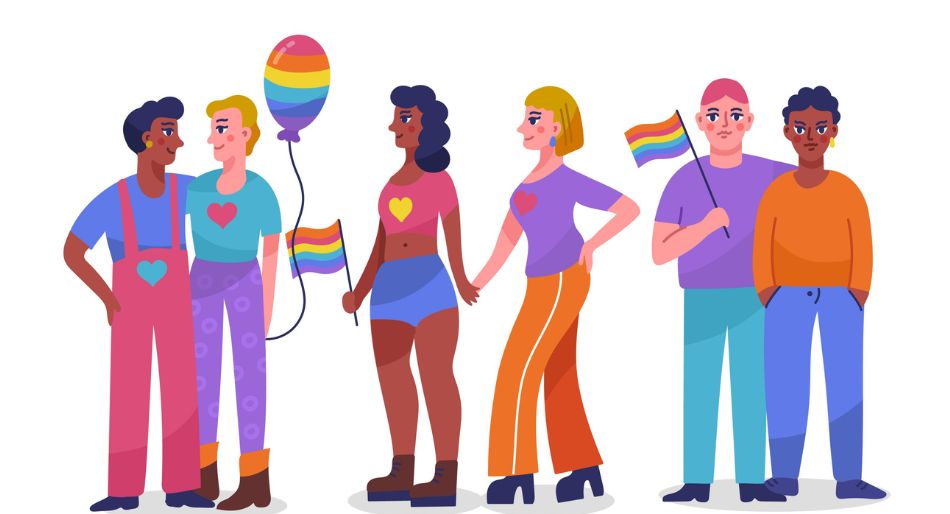 LGBTQIA+ is just as normal as the hetero community and it’s interesting that we all assume a person to identify as a hetero. This could be one of the reasons why people are surprised when someone comes out as a non-hetero or from the LGBTQIA+ community.

There is stigma around many things in our society and where there is a stigma there is a revolt to normalize it whether it is gender rights or being a part of a certain community- caste, class, finance, gender, and just like that people stand for their rights to be identified as something that's important for them.

When a child is growing they are also exploring themselves as there are many changes happening on a mental, physical and emotional level, because of which they are also trying to understand themselves through other people. As it is a way children learn and grow. They view themselves the way they are viewed and spoken about, which forms a perception of themselves and everything else around them.

Children start to get a vague idea about their sexuality in preteens and start to understand about their sexuality as they grow up. To have the knowledge about sexuality, it can begin at the earliest age of preteens. This would help them understand themselves better and allow themselves to safely explore their identity. This works the best when they are also having a support system, who can validate and normalize the idea of being attracted to someone.

Since teens feel confused about multiple things during adolescence and they tend to believe that things are happening because of them- whether it is fights or issues they would internalize it. If there are concerns between parents about the child then the child would consider it as a quarrel happening because of them between the parents which may not be the case, in this situation communication about one's feelings is important, and also to be authentic with their child in a gentle manner so they don't feel that whatever the parent is feeling is because of them.

When there are fights/quarrels between parents regarding their child's sexuality or any other aspect, the child would consider it happening because of them and not see it as an individual concern between parents. In this case, the parents can try and show they are concerned about the child and that can be just between the spouses who would be having disagreements that may not be related to the child at all. It is also important to remember that this confrontation between parents is not happening in front of the child so that it helps the child to not internalize it and start blaming oneself.

We need to remember and see a person as a person regardless of their identity or sexuality and this can be challenging for parents if their children did come out as someone who identifies themselves from the LGBTQIA+ community. Parents are used to expecting their children to be straight because that is the norm, but then to remember that sexuality is just a part of a person and not the whole of the person. A person's identity and potential are just not labelled to that of their sexuality and one can respect a person just for who they are.

Being an ally is like accepting the person as is and being a support system to their growth and understanding their journey. Parents can be allies to their child who have "come out of the closest" and be supportive to them by being non-judgemental and seeing the child as an individual who is allowed to express their own needs. The ways in which one can be an ally to a person who has come out and as a queer, is by seeing and being around them the way they used to be before a person came out to them. This is important because a person who comes out to someone is someone home they can trust and feel themselves and can behave in a manner where they are allowed to express their needs, desires, and wants as it is, rather than pretending I am trying to be someone who they are not just to have the company.

A lot of time it can be very understandable for parents to not feel that anything other sexuality is normal because of the way they have been brought up and the way society also deals with people who are heter sexual with so much of respect and awe. This is not very much seen for the LGBTQIA+ community because it is seen as abnormal and a lot of times against the law of nature.

The most important way in which one can support a person who has come out as gay, lesbian, bisexual or queer is simply by understanding that this is what they are or their identity is instead of judging them or shaving them for being where they are and just being the way you would be with them without changing anything about them and accepting the way they are.

What leads to low self-esteem in LGBTQIA+ youth and how can we help in boosting their self-esteem?