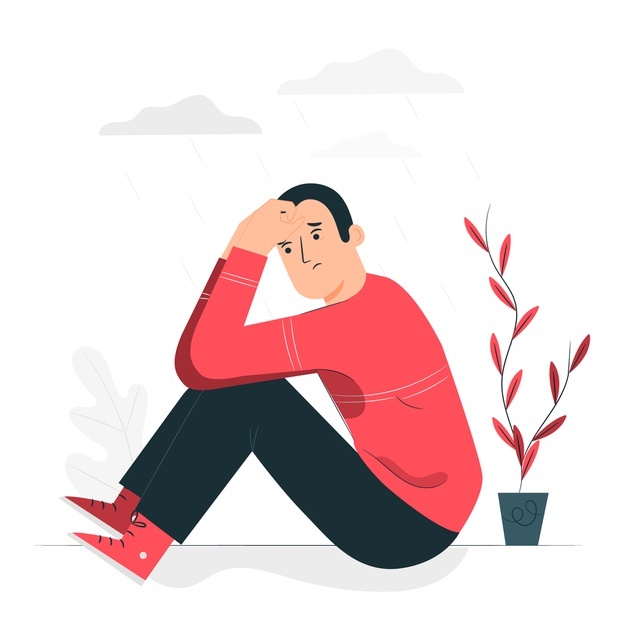 The word nagging itself gets an image in our mind of a person with an unhappy face, with a frown who would crib most of the time.

A nagger would sound like those unbearable construction noise which we don’t want to hear but is still going on in the background and we can’t really do much. Someone who will repeatedly tell you to do a task until you do it or else, they will end up doing it by themselves and then be upset with you for not doing it.

Most of us have experienced being around a person who nags a lot and it brings about demotivation and discourse in doing tasks, especially assigned by them. Like the way some teenagers would, if the parent has asked them to do something which they were about to do, but because the parent has asked them, they won’t do it now. That is the kind of effect that takes place in the person when nagging is constant. One may not be able to think rationally, the information would pass through the part of the brain touching one’s emotions, that then dismisses the request.

Nagging is seen as a very disturbing activity for the one on the receiving end but there is even more disturbance in the person who nags. Why does a person even nag in the first place? This only happens because the first few times when a person is ‘saying’ something, it’s been ignored or not reciprocated well which brings about the feeling of being unheard and isolated leading to frustration and severe health issues. People who nag are usually those who are having complaints, unmet needs who feels disturbed.

Research shows- those who nag have stomach/digestion related concerns, lethargy, fatigue, being worried, anxious and feeling constant anger followed by feeling extreme sadness affecting their mental health in many ways. They are afraid of losing a relationship (the receiver might feel otherwise), there is hopelessness in the relationship and most importantly they feel disrespected. The one who nags has the will to change the situation but because there is no support from the other party, nagging continues because they need attention and a reaction.

A very common joked about example used is a behaviour of a “Nagging wife” and comments like “Don’t listen to her she is always cribbing” is casually put out loud. While what would happen is men on a receiving end would lose hope, desire and motivation to be together despite putting so many efforts in the relationship and because of this the husband might avoid confrontation and choose duties which will keep him away from his nagging wife. This happens because the husband might start feeling less of himself around his wife and would not feel “up to the mark” when he as a man is not able to provide what’s been expected out of his nagging wife. If this continues the next thing one might want to do is step out of the relationship.

Nagging has a sever effect on a person because when nagging is constantly happening to the person, they could start developing self-doubt, start feeling unworthy and not good enough because of what they have been hearing about themself. When a nagger would be around them, they might zone out or find ways to get away from them. It’s repulsion.

We humans are social creatures and we have the need to surround ourselves with people who can appreciate, motivate and respect us. When that factor is missing in a relationship especially with someone close, that’s when the person might start feeling low about themselves leading to self-esteem related issues spreading in different areas of life.

Why does this happen in the first place? The one who nags is not born as a nagger but circumstances make a person the way they are. One of the most influential factors is “Communication”. As mentioned above, nagger nags because they don’t feel heard. The receiver wants to avoid because the tone of the nagger is dismissing and demeaning.

Communication gap is amplified because there is no space in the existing pattern of communication to listen and act. This makes it easy to blame the nagger for nagging but the one nagged also lacks patience in listening and understanding. Since there is a gap in communication it can be perceived as nagger having a compulsive complaining pattern.

The one who is been nagged may feel frustrated because it looks like a direct attack on them but it’s certainly not about what’s been said, it’s about the way it’s been said.This issue can be solved, when the nagger is a little calm, talks politely and respectfully, finding the right words and the right way to say it proves to be very effective and of course the facial expression matters a lot. A smiling face is more attractive than a frowned one. While on the other hand the person nagged can be a little more attentive, understanding and validating trying to really listen what the person wishes to say by not personalizing it to themselves.

Both the nagger and one nagged are functioning through their old triggers which needs to be worked upon and only then nagger will learn to talk and the one nagged upon will listen. One nagged tends to personalize external dialogues by nagger because of the old patterns and hurt that’s triggered here.

If both parties work upon their hurt in a safe therapeutic space, then the mind will start to rationalize rather than personalize.

If you are being nagged constantly which is affecting your self-esteem and mental health and not sure how to deal with the nagger, seek help from a mental health counsellor . Mpower, a mental health initiative by Aditya Birla Education Trust, has an experienced team of psychologist, psychiatrist, child therapist, and various other counsellors available at various locations like Mumbai, Kolkata and Bangalore. Also, mental health centre is opening up soon in Pune.

You can reach out to these counsellors from 10 am to 6:30 pm at the below centres,

5 ways to overcome the causes of low self-esteem. Seek help from a mental health therapist. https://mpowerminds.com/blog/5-ways-to-overcome-the-causes-of-low-self-esteem-Seek-help-from-a-mental-health-therapist