Anger, Irritability or Aggression in Children. Consult the best child psychologist or psychiatrist. 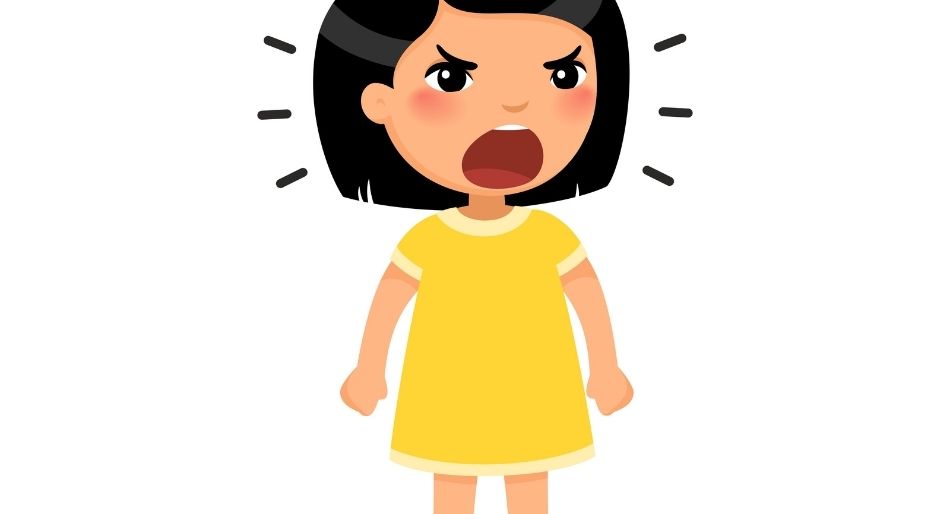 Lawrence Douglas Wilder says, “Anger doesn’t solve anything, it builds nothing, but it can destroy everything.”

True to the core, anger is a very powerful emotion that is negative and when not paid attention to at the right time, can cause adverse effects in almost all areas of life.

The statistics that are given by Harvard University state that almost 1 in 12 children and teenagers have significant anger issues that go unnoticed until the anger is reflected in catastrophic ways.

Although getting angry is always disliked by all, anger and children often go hand in hand. It typically happens as children lack the ability to express themselves effectively most of the time. In children, anger shows its prevalence in multiple ways right from crying, screaming, biting, kicking, pulling, hitting others or self to throwing things.

It is not quite unusual for children who fall in the age range of 3 to 6 years, to have as many as 6-8 episodes of anger per week. Most of them surpass this behaviour as they are exposed to the school environment where a lot of new learning is acquired through imitation. However, there are children whose anger or tantrums tend to either continue or increase in frequency even as they become older. This gives rise to significant concerns with initiating and sustaining relationships with peers, with family, at school and later, even in their professional lives. Hence, it becomes exceptionally important to understand the signs of anger in children by measuring the same in terms of its intensity and frequency through regular observations.

If we were to discuss the causes of anger in children, we would find that there are numerous factors that lead to the occurrence of this emotion. The most common trigger could be frustration, where the child cannot get what he or she wishes to have or when he or she is being forced to do something against his or her wish. In addition to this, genetics, environment as well as biological factors also play a vital role in the stemming of anger. Dysfunctional families, inappropriate parenting styles, and any kind of trauma also increase the likelihood for any child to exhibit anger in ways that would interfere with his or her day to day life.

Quite often, for parents, it could be difficult to understand how much anger is too much! At such times, seeking professional help from a child psychologist proves to be extremely beneficial. In some cases, children may be taken to a mental health counsellor for a psychological consultation after being referred from the school by the concerned teacher or the coordinator; after which the further plan of action is decided by the child psychologist.

Irrespective of the age group, behavioural modification is the most essential line of treatment to work with childhood aggression and anger. One of the mental health therapies known as Cognitive Behavioural Therapy proves to be most beneficial to treat anger and aggression in children. In addition to this, helping children to regulate their emotions, providing them with alternatives to express their negative feelings and guiding them with healthy communication skills also play a very important role in helping them in overcoming their anger. Child psychologists play an outstanding role in providing interventions through mental health therapies.

All parents out there, do you remember the last time you went with your child to the supermarket and you had him or her rolling on the floor or screaming out aloud just because he or she was denied his or her favourite toy or food?! At that time, you were sure to drown in a sea of embarrassment, right?

These are all signs of situational anger that must be identified based on their consistency. At such times and for times like these, you could try some of the home-based interventions which would help you and your children in the long run. They are as follows:

As parents and as important stakeholders in the lives of children, it is paramount that we identify the signs of anger or aggression in our children. Early identification along with timely interventions will act as blessings to so many around us!

If you feel that your child needs help in terms of working on his or her anger or aggression, please connect with a child psychologist at the earliest.

On this note, I would like to leave you all behind with a beautiful quote that states, “It is easier to build strong children than to repair broken adults” for childhood once lost, can’t be brought back.

If your child or any other child you know is going through anger issues or has turned aggressive in nature, you can get in touch with the nearest mental health centre to seek help from the best child psychiatrist.

How to treat aggression in children? Find the best child psychiatrist near you.